Got some news for you from John Jarrold and news from Irene Gallo. 🙂

Following last week’s deals with Jota in the Czech Republic and Infodar in Bulgaria Flora McMichael, Rights Manager at Quercus, has sold Croatian rights in the four-novel DEMI-MONDE series by UK novelist Rod Rees to Fraktura, after receiving offers from two houses.

World rights in Rod’s series were acquired pre-emptively by Quercus (who publish the first volume in January 2011) from agent John Jarrold for a major advance in 2009. Rights have now been sold in eight territories, also including the US, Germany, Russia, Poland and Italy.

THE DEMI-MONDE is set in a wonderfully imagined virtual world – the Demi-Monde of the title. Originally conceived by the US military as a training ground for their troops in the twenty-first century facing street fighting and enemies who use guerrilla tactics, rather than modern technology-based armies, the Demi-Monde was created by the world’s first quantum computer. Young singer Ella Thomas is sent there to rescue a VIP (she ticks all the boxes to blend into the world, which has a late-Victorian technology base) and discovers the world and its thirty million inhabitants, or ‘avatars’, are all too real. Especially those who run the world’s city-states, based on famous human monsters such as Reinhard Heydrich, Shaka Zulu, Empress Wu, Godfrey de Bouillon, Selim the Grim and Lavrentii Beria, with whom the world was seeded to make it more of a test…and that is only the beginning. There is already a fascinating website at www.thedemi-monde.com

Seems like Rod is well on the way to taking over Europe! Let’s hope there’ll be more announcements soon. 🙂 Congrats to Rod and all the SFF readers in Croatia!

Next up, Totally Tor:

Tor.com released an excerpt of Orson Scott Card‘s latest Fantasy novel, The Lost Gate (read it here), here’s the press release for you:

One of the delights of my working life is watching writers like Orson Scott Card create a new world and new characters to populate it. So when I first saw the synopsis for this new series, The Mither Mages, I was thrilled. And as the first of the trilogy, THE LOST GATE, emerged from Card’s mind and word processor, I was enthralled. Card is creating not one magical world for this series, but two – an Earth where the exiles of Westil have lived in isolation for almost 1500 years, and Westil itself, also cut off from the power of the Great Gates, dwindling but holding the memory of a time when greater magic was possible. For this first book, the two worlds remain separate – but there is a promise implicit in the birth or rebirth of a gatemage in each world. It starts small, one boy in the hills of Virginia. It won’t stay that way.

Danny North thought he was drekka, a child of the Families of Westil who has no magical talent. Even though he was the son of Odin, the current chief of the North Family, he showed no ability at all – he formed no clant , he worked no stone, he had no affinity for beast or plant. All he could do was run and hide, and try to stay out of the way of his grandfather, who thought that drekka should be culled from the family. But Danny is not drekka. He is something far more dangerous…dangerous to himself, and dangerous to his family. Danny is a gatemage, the forbidden talent. All the Families are sworn to kill any child who proves to be a gatemage, as part of the treaty that ended the wars between them hundreds of years ago. Danny’s discovery of his talent has doomed him to death, more surely than any lack of talent ever could have….

From the Press Release:

Orson Scott Card needs no introduction . . . One of the true stars of science fiction and fantasy writing, Card is an international bestselling author best known for the beloved classic Ender’s Game, which was widely read by millions of adults and young readers.

Card’s work has won multiple awards. His novel Ender’s Game (1985) and its sequel Speaker for the Dead (1986), both won the coveted Hugo and the Nebula Awards—making Card the only author to win both of America’s science fiction’s top prizes in consecutive years. He’s also won four Locus Awards and a Hugo for the short story “Eye for An Eye.” And now the award-winning New York Times bestselling author launches the first book in a new fantasy series with THE LOST GATE (A Tor Hardcover; January 4, 2011; $24.99).

All of this is why I’m thrilled to reveal Tor.com’s exclusive first excerpt, along with a note from the editor Beth Meacham, which goes live NOVEMBER 30th at noon! With free registration, Tor.com users will have first access to Chapter 2. To view this early, special preview of THE LOST GATE, please click on the following link: http://www.tor.com/lostgate/register. There will be lots more to come between now and January 4th – additional excerpts, blog posts, tour dates and other exciting materials – but for now this should whet a few appetites for this amazing original fantasy epic.

And here’s the cover: 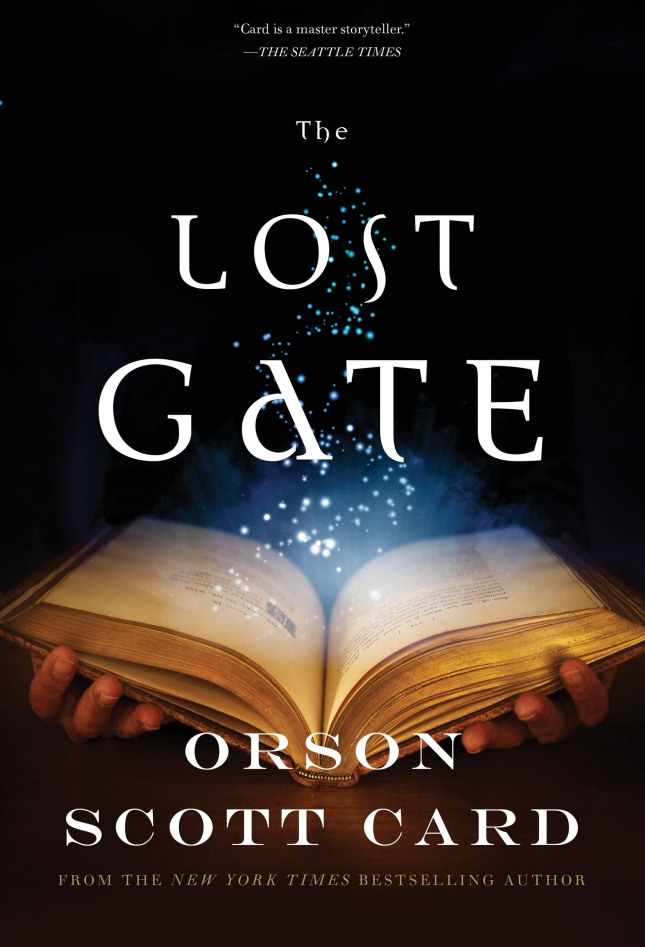 The novel will be released on the 11th of January and you can pre-order your copies here.

Next up, Tor.com will be posting Ellen Kushner‘s The Man with Knives – that should be up soon, so keep an eye on the site. 🙂 Here’s the artwork, from Tom Canty:

Tor.com are also running a giveaway for ARCs of John Scalzi’s Fuzzy Nation on Facebook and Twitter; I know I’m taking my chances and entering! 🙂 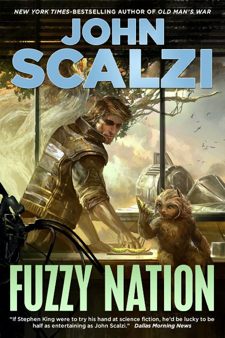 And finally, next week Wednesday Tor.com will be posting an original story by Abby Mei Ottis titled ‘Sweetheart’; I’ll have an excerpt from ‘Sweetheart’ for you later this week. 🙂 Here’s the cover by Greg Ruth: