Exclusive foreword by K.W. Jeter and introduction by Tim Powers

As above encased in a custom-made traycase.

Let’s get this out of the way first – I’ve never read any of James’ work, so I’ve never read a Langdon St. Ives story, and believe me when I say that you don’t have to have read anything by James prior to reading this book; in fact, you don’t even need an introduction to St Ives! This was very important for me, because I didn’t want to to feel as if I had missed great and important events while reading ‘The Aylesford Skull’, which I did, in essence, but it didn’t FEEL that way. 🙂

So, let’s get to the style of this novel, which is the first thing that grabbed me. All of the fiction I’ve read, speculative or otherwise, that’s been set a century or two in the past, has often struggled with how people spoke in those times – I mean, since we’re not able to time-travel there’s just no way that we could get it perfectly right anyway, is there? There’s no way for me to know, for a fact, if how the characters converse -what words they use, how they structure sentences, what level of grammar they have learned- is accurate or not. All we have to go on is books, right? Study the way that writers such as Arthur Conan Doyle wrote and you could perhaps mimic that style of dialogue and description, right? Well, to me nothing in this novel, from the descriptions to the dialogue, felt mimicked, or copied. My reading experience of this novel was, to put it lightly, sublime – sentences, paragraphs and pages flowed past with practically no resistance, even though there’s plenty of words in this novel that we don’t hear much, if at all, today. Reading from day to day wasn’t jarring in the least – I never once felt as if I had to mentally prepare myself for a day’s reading.

Next up, St. Ives. Langdon isn’t the hero / protagonist you would expect; he’s not muscled or a genius, and he doesn’t have plenty of ladies fawning and falling all over him. So don’t expect a James Bond- or Indiana Jones-knock-off. He’s capable, sure, and what he does know he knows well, but like the normal man out on the street, he’s the type of guy who wants to live a quiet, relatively uneventful life, pursuing what his interests and making sure that his family is safe and that they have a relatively comfortable life. What sets him apart is his willingness to do everything he can when trouble strikes, as it invariably will and does. Then he becomes single-minded and, as often happens when someone is put in a difficult situation and has to focus intently to not lose their way, he makes mistakes. He’s not the perfect hero, or the perfect man, which leant a certain edge of surprise to this book – sometimes you just *know* what the hero is going to do and how he’s going to do it, but not in this novel. 🙂

Now to the antagonist – Ignacio Narbondo. Definitely one of the most enjoyable villains I’ve read in a long time! The man is highly intelligent, especially with people and how to read and manipulate them. He’s even more single-minded than St. Ives, more methodical and calculating, which is expected of a villain, but he brought a mixture of deviousness, flair, absolute casual brutality, and even humour (black as it was) to the story. I’m pretty sure I’d like him even more if I’d read the previous St Ives adventures. 🙂

The rest of the cast is satisfyingly large but not overwhelmingly so – there’s Alice (St. Ives’ wife), his son, Eddie, the St. Ives’ factotum (manservant) Hasbro, the young Finn Conrad, St. Ives’ long-time friend Tubby, Jack and Arthur Doyle (perked up at that, did you?), Mother Laswell, Bill Kraken, and even George (one of the men working for Narbondo); they each bring a different and believable mix of personalities to the novel, with different levels of education (and so different ways of speaking) and different action-levels (if I can put it that way). 🙂 All of them were highly enjoyable and didn’t seem wasted in any of the chapters they appeared in, nor did their presence overwhelm any of the scenes  🙂

The novel’s plot ticked along like perfectly-tuned clockwork – except when the move towards the climax began, because then it kicked into high speed, so much so that the last hundred-or-so pages raced by. There was a bit of everything in this novel – explosions, hand-to-hand combat, knife fights, gun battles, chases, and tension a-plenty so that even when I knew that the hero, St. Ives, would win through (I mean, he’s the hero, of course he has to, doesn’t he?) there were a whole fistful of chapters in which I thought, “Sir, you are going to die painfully!”. James managed to play with my expectations beautifully, and there wasn’t a single time that I was right in forecasting what was going to happen. 🙂 Oh, and you’ll have to read the novel to get any idea of the supernatural element, because the only thing I’ll say is that it was cool and unique and I really liked how it was done. 🙂

I really and truly enjoyed this novel – not only was it a great break from the Horror, SF and Fantasy I’ve been reading (which includes both novels and comics), but it reminded me once again that I don’t need mind-bending SF concepts, creeping, grisly, shocking or twisted Horror, or even the awesome magic-systems or world-building of Fantasy to really enjoy a novel. ‘The Aylesford Skull’ was incredible old-school fun, a gripping adventure that dealt with subjects such as family, friendship, the dark side of human nature, the lengths we’ll go to protect our own, and the uniqueness of those we see as evil or bad – sometimes someone doesn’t have to be insane to be the bad guy; sometimes curiosity is enough. 🙂

Huge thanks to Sophie Calder for sending me ‘The Aylesford Skull’ – really enjoyed this novel and I’ll definitely get what I can of James Blaylock’s other works – highly recommended! 🙂 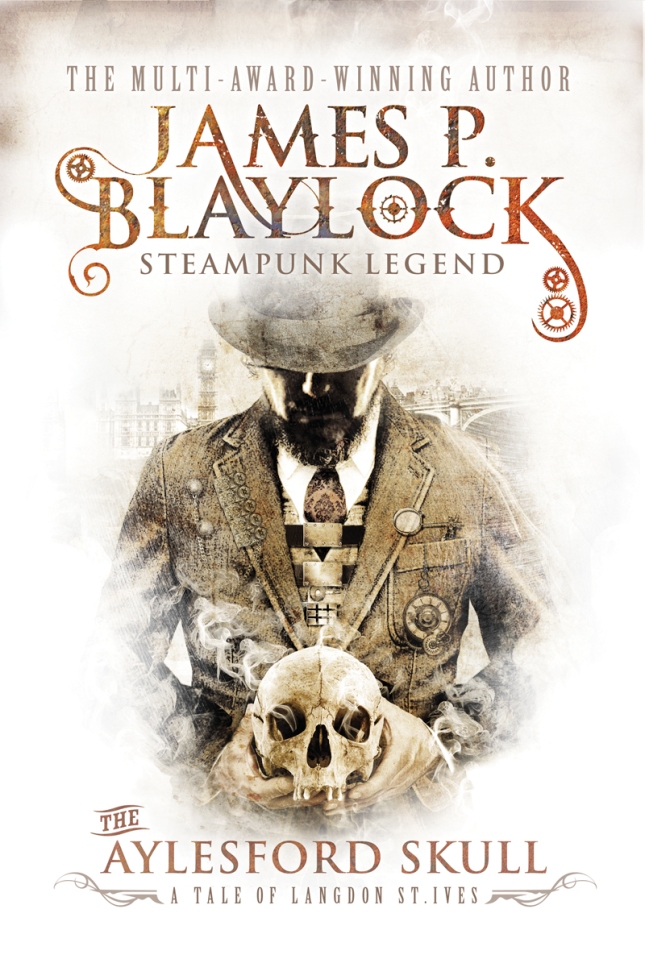 To order your copies of this excellent Langdon St. Ives adventure, click here for Amazon US, here for Amazon UK, and here if you’re in South Africa. Check out the novel’s page over at Titan Books, and for more info on the Swashbuckling Blog Tour check out this post on Titan’s blog. Also, check out James P. Blaylock’s website here.

Angry Robot: Steampunk to Ally with the Robot Army

Wonderful news from the guys at Angry Robot! Really looking forward to this! 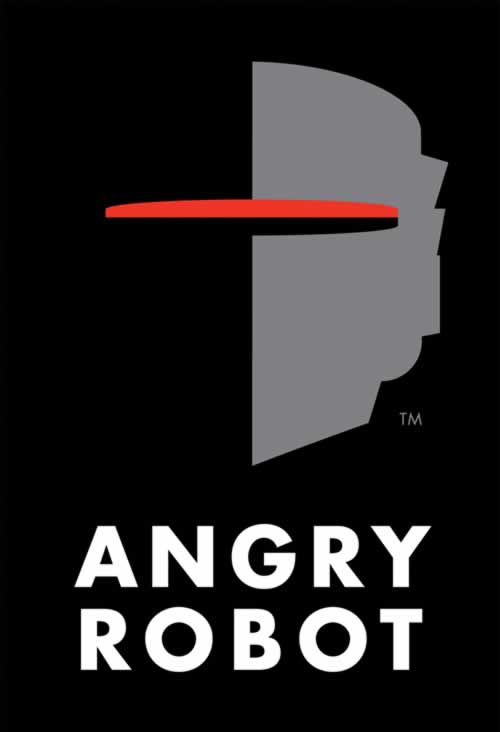 The Father of Steampunk Signs With Angry Robot

KW Jeter coined the term Steampunk, but unbelievably his classic novels Infernal Devices and Morlock Night have been out of print since the early 1980s. Angry Robot are delighted to announce that we are bringing them back to a new generation of readers in paperback, audio
and eBook formats.

Infernal Devices tells the story of George – a Victorian watchmaker who has inherited his father’s shop, though not his talent. A tale of time travel, music and sexual intrigue, Infernal Devices is a true classic.

Morlock Night, meanwhile, is a wild sequel to Wells’ The Time Machine – having acquired a device for themselves, the brutish Morlocks return to invade sleepy old England…

So, don your brass goggles, wind your mechanisms and sit back with a couple of true classics from a steam-driven Angry Robot. Infernal Devices and Morlock Night will be published worldwide by Angry Robot.

:::
More information on Angry Robot can be found at angryrobotbooks.com.
Angry Robot is the new genre imprint from HarperCollins, bringing you the best in new SF,F and WTF?! Our first titles hit the stores in the UK and Australia on 1st July 2009. We debut in the US in May 2010.

Now, other that John Marco’s Starfinder (with its touch of Steampunk), I’ve yet to read a proper Steampunk-novel; I’ve had Stephen Hunt’s work on my TBR-list for a while now but just haven’t had the time to get to the books. So I’m very glad that Angry Robot is not only delving into Steampunk, but bringing back work that was not available; I’ve read some of KW Jeter’s work (only the Star Wars novels), but not enough to have formed a proper opinion. Looking forward to this!