I’ve joined the blog tour for a new title from Luthando Couer, the Fantasy and Sci-Fi Imprint of Zharmae Publishing Press, so let’s get into it, shall we?

(I didn’t receive a cover image with the media package, but I managed to find the image below) 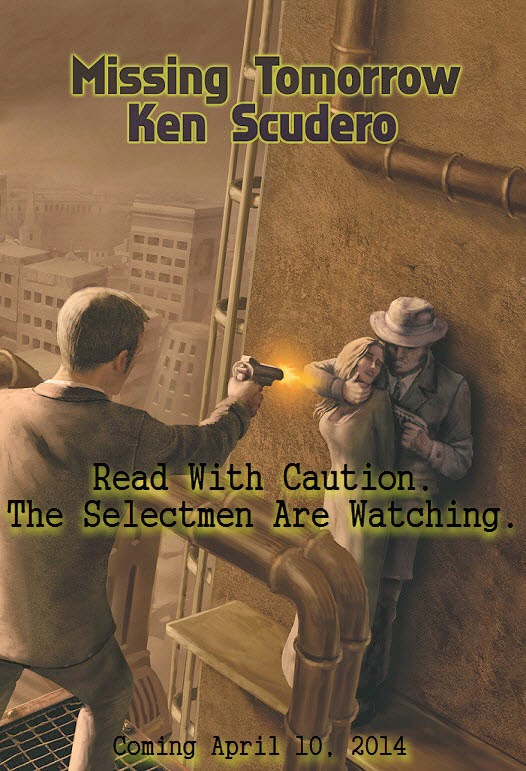 It is the year 500 on the planet of Nibiru, and the elitist Selectmen are in charge. From their majestic retreat in the city of Perfidia, the Selectmen wield control over the planet’s workaday citizens. Private detective Gem Jupiter specializes in paranormal conspiracies, but when he discovers mutated fish on the shores of Myopia City, he knows something isn’t right. The sky is dark and gloomy. Jupiter is quickly coming to grips with how oppressive Nibiru has become. With the help of his investigative group, The Tonic, Gem uncovers secret operations being conducted by the Selectmen. In the midst of his investigation, Gem meets the girl of his dreams, Remy Valentine. Remy is perfect except for the microchip tracker implanted in her wrist. New dangers are served up for The Tonic, as Gem Jupiter and his associates hone in on the frightening truth. The Selectmen are planning something catastrophic for humanity, and only The Tonic stands in the way. 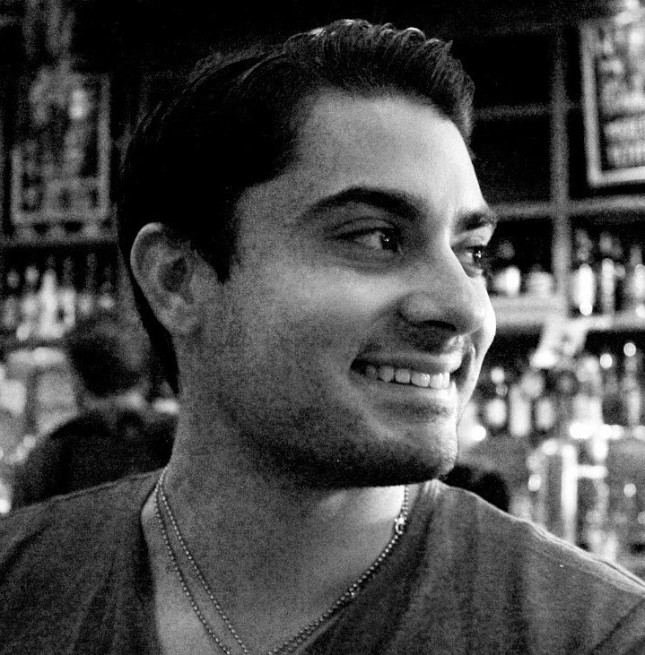 Ken Scudero was born in Staten Island, NY in 1989 and has lived there ever since. He studied at St. John’s University and earned a Bachelor’s degree in Sport Management in 2011. He self-published his first novel, ‘Comfortably Awkward’ in January 2012 while struggling to find a job after college. Ken has been intrigued by science fiction since he was 10, when he went camping in upstate New York for the first time. It was then he began his existential quest to uncover the mysteries of life and the universe. Fantasy and Sci-Fi films and novels fill his personal library, so it was only natural for him to write his own tale about another world.

And here’s an interview, conducted with Ken by Andy of Zharmae Publishing Press:

Missing Tomorrow, deals with many different fascinating realms, from mystery to fantasy to science fiction. What elements from your own life do you draw from to bridge these gaps?

With anything I write I incorporate many different realms. In one chapter, you’ll be frightened to turn the page to see what happens next. Then another chapter, you’ll be intrigued by the unknown and eager to see what’s really going on. You’ll even laugh a lot while reading Missing Tomorrow. I feel like there are so many different things that can happen in everyday life, so many different feelings you can have but yet they’re all linked together. For me, you should read a book and experience these different emotions at different times while also feeling the link between them all. No one realm works alone by itself. My life has provided me with plenty of ironic, strange experiences and I’m able to translate that into my writing.

When creating your protagonist, were you inspired more so by fantastical fiction or classical detective lore?

I think Gem Jupiter started as a fantasy character and those fantasy elements drove me to keep adding these layers to his being. The detective traits came after he was already built as this fantasy hero type of character. But don’t get me wrong, he is a private detective and you’ll find plenty of noir detective aspects in Gem’s personality and actions. The fantasy elements are what created and formed him though.

How do you build your fantastical worlds?

It’s a timely process. You have a vision of what you want it to look like and for a while you’re not sure if it is indeed a different version of planet Earth or if it’s some planet we never heard of. Planet Nibiru is based on the real “Planet X” conspiracy. It’s some distant planet that we’re unable to see but it’s out there. I took parts of planet Earth and put them on Nibiru so that life could be habitable. Like Earth, Nibiru has some places that are too beautiful for words but it also has places which scare the hell out of you. I guess as I began trying to describe how I saw Nibiru in my mind, it kind of took off and created itself.

Do you have any set of routines built into or around your writing?

I like to shower beforehand and put on one of my “writer” shirts as if I’m suiting up for battle. I usually have to be drinking something while writing whether it’s coffee, water or beer. I also have to set a goal for myself each time I sit down to write whether it’s a number of words I want to write that day or a certain scene I want to finish by the end of the day.

Who are your favorite authors?

Two of my favorite authors aren’t science fiction or fantasy authors at all—Charles Bukowski and Hunter S. Thompson. Not only are they hilarious, they can make anything interesting. They’re my favorite to read when I’m relaxing. My other favorites are Bradbury, Hemingway and Orwell. They’re just brilliant writers and their stories are some of the best I’ve ever read. Those are definitely my top five.

What do you like to do when not constructing the world of Gem Jupiter?

I actually have too many hobbies. I can’t get anything done because I’m always jumping to do something else. I work as an electrician during the day, I do freelance writing for sports websites, I write screenplays, I play guitar, and I play softball. If I’m not doing any of that, I’m probably reading a book or watching a good film.

Where does Mr. Jupiter go from here?

That’s up to the reader to figure out on his or her own after finishing Missing Tomorrow.

Do you have any other books in the works?

I’m working on the second Gem Jupiter novel, the sequel to Missing Tomorrow, which is still untitled.

In 10 years, I’m going to be writing a novel while lying on a beach somewhere.

Thanks for talking with us, Ken!

I also received code for a Rafflecopter giveaway, but unfortunately WordPress doesn’t like the code – or any other code, it seems. 😦

I hope this title had piqued your interest! 🙂