This news was originally posted over at Realms & Galaxies: Celebrating SFF on the 25th of November 2009.

News from TOR (thanks to Chloe Healy) and John Jarrold!

Some great news for all you Hard-SF / Space Opera lovers out there (like me): Gary Gibson (who’s Nova War should be on shelves everywhere, so get on Exclusive Books’ case if it isn’t) has signed with TOR for three more novels! 🙂

“Gibson has already begun work on the first book in the new contract, the working title of which is Final Days. The second will be a sequel and the third a standalone novel set in the same world as The Shoal Sequence, the second book of which, Nova War, has just been published to rave reviews.”

Julie Crisp (Mark C Newton’s editor, too) says of Gibson and the incoming novels: “Gary is easily considered one of the up-and-coming stars of, not only the Tor UK list, but space opera in general and is constantly aligned with Alastair Reynolds, Peter F Hamilton and Neal Asher as a leading name in British hard SF. So I’m thrilled to continue working with him on his very exciting books.”

What does gary have to say about the news? Taken from his blog, “I just got an offer for Tor for three new books, starting with Final Days, which I’ve blogged about in the past. The other two books are a sequel to Final Days, called The Thousand Emperors, and Core (very much a working title), a standalone story set in the same world as Stealing Light and its sequels. Off to a restaurant to celebrate.”

Awesome news! I’ll have to get my ass in gear and get some Gibson’s under the belt! 🙂 As I’ve said, Nova War is already available in SA, and I’ll keep you updated on the paperback-release date, as well as release dates for Final Days, The Thousand Emperors, and Core. 🙂

Now for news from John Jarrold: 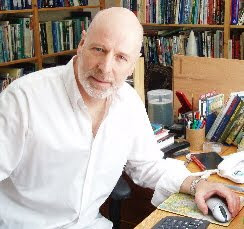 Jonathan Oliver, commissioning editor of Solaris Books since the imprint’s acquisition from Games Workshop by Rebellion earlier this month, has commissioned a new SF novel from Eric Brown, GUARDIANS OF THE PHOENIX. The agent was John Jarrold, and the deal was for UK/US rights. The book is due for publication late in 2010.

“Eric has been a mainstay of Solaris since their very successful publication of his novel HELIX,” said John Jarrold. “This proposal looks fascinating, and I can’t wait to read the finished novel!”

Great news, especially considering the fact that, for a while, everything was so up in the air with Solaris. 🙂 Jo Fletcher, Associate Publisher of Gollancz, has acquired two new novels by British SF author Jaine Fenn. The agent was John Jarrold, and the deal was for World rights.

These novels, titled BRINGER OF LIGHT and QUEEN OF NOWHERE, are due for delivery in 2010 and 2011 respectively and will be published under the name J N Fenn, as will all the author’s future novels.

Fenn’s first novel, PRINCIPLES OF ANGELS, was published to critical success by Gollancz in 2008, with CONSORTS OF HEAVEN following this year and GUARDIANS OF PARADISE forthcoming in 2010.