An Interview with Jo Graham

After reading Jo’s second gorgeous novel, Hand of Isis, I knew I had to get her on the blog again for another interview, and not only did Jo agree and answer the questions I had, she also gave me some great news to post here – the first public announcement of a new project! 🙂 I’ll bold it, of course, so that you don’t miss it! 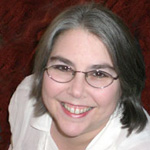 First of all, thanks for once again agreeing to an interview, Jo! 🙂 It’s an honour to have you back on the blog! 🙂 So, Black Ships, Hand of Isis and soon, Stealing Fire: how does it feel? 🙂

It feels wonderful! I’m delighted to be able to write full time right now. I’m already working on the next Numinous World book, tentatively called Lioness. It’s about a Persian princess in the 6th century BC, the daughter of Darius the Great.

I also have a new project, which I’m talking about publicly for the first time here, a Stargate Atlantis novel, Death Game, which is due out in the US and UK in November 2010

It couldn’t have all been a walk in the park – how do you deal with life while having to remain focused on your writing?

My partner, Amy, is a saint! She’s wonderful when I have deadlines, and she puts up with months of conversation about the most obscure things.

Now that you have two much-loved and acclaimed novels out in the world, has your life changed markedly since Black Ships or has it been much of the same?

As I said, it’s wonderful to be able to write full time. And unsurprisingly I’m getting much more done! 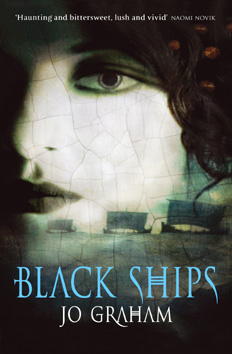 Let’s talk about Gull and Charmian – can you take us behind the scenes (without spoiling those who haven’t yet read Hand of Isis) and talk about the creation and evolution of these wonderful characters?

Both of them are explorations of different archetypes that aren’t very common in fiction, especially fiction about women. Gull is a priestess, and while heroic fantasy has plenty of young warrior maidens, the priestess has been largely overlooked in recent years. You really have to go back to Marion Zimmer Bradley, Diana Paxson and Judith Tarr to find her. Gull puts her vocation first. It’s more important than any person in her life, more important than anything else in her life. We don’t talk about religious devotion very well in our society, so it’s very gratifying to me to hear from readers, from a female rabbinical student, from a woman minister in the Midwestern US, from a female Church of England divinity student, that they see their experiences reflected in Gull.

Charmian is a different archetype. She’s Isis Pelagia, not Isis the Lady of Amenti, the Queen of Love. And as such, she doesn’t belong to any man, doesn’t commit to any lover. She belongs to herself, and shares herself where she chooses. And yet it’s not selfish. Charmian is honest, and she’s not playing games or “working through issues.” It’s who she is. And she doesn’t know one end of a weapon from the other! She’s not a warrior maiden, and we have very ambivalent feelings about a woman like her in our society.

They’ve both been fascinating to write, the same person embodying two entirely different archetypes. In Stealing Fire we’ll see her as a man, Lydias, a soldier and adventurer. 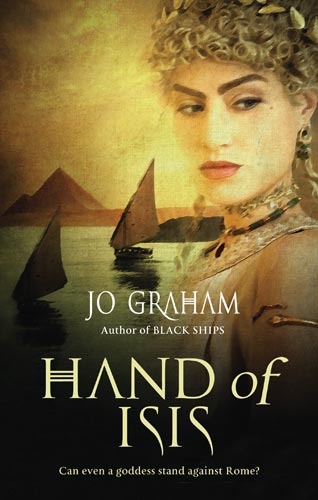 You told me a while ago that you wanted your Cleopatra to be as close to the historical Cleopatra as possible and not to let your own opinions of her influence her characterization – was this difficult to do?

Very difficult! Almost everything we know about Cleopatra comes from her enemies. We don’t have contemporary Egyptian sources, so it’s very challenging to reconstruct.

Comparing Hand of Isis to Black Ships, your talents for world-building and characterization have really blossomed, and you’ve really built upon the work done in Black Ships and made Hand of Isis a bigger, more beautiful book: were there any specific areas you wanted to improve upon?

Thank you! I’m glad you think so. It’s a much longer book, and I think a lot of the difference is the depth of the world building. So…more space!

The characters that share Charmian’s tale are all unique in their own right, able to carry a novel on their own – how difficult was it to keep them fresh and engaging without making them echoes of the supporting cast from Black Ships?

Well, the echoes go forward and back! Many of them are meant to be the same characters, but they don’t present the same way each time. They are echoes of each other, and of the characters from other stories that aren’t told yet. But I think their life stories, what happens to them, makes them distinct. For example, Dion and Ashterah aren’t by any means the same person!

What are you feelings on the recently unveiled new over art for the re-print of Black Ships? Is that your Gull, or as close as it could be? 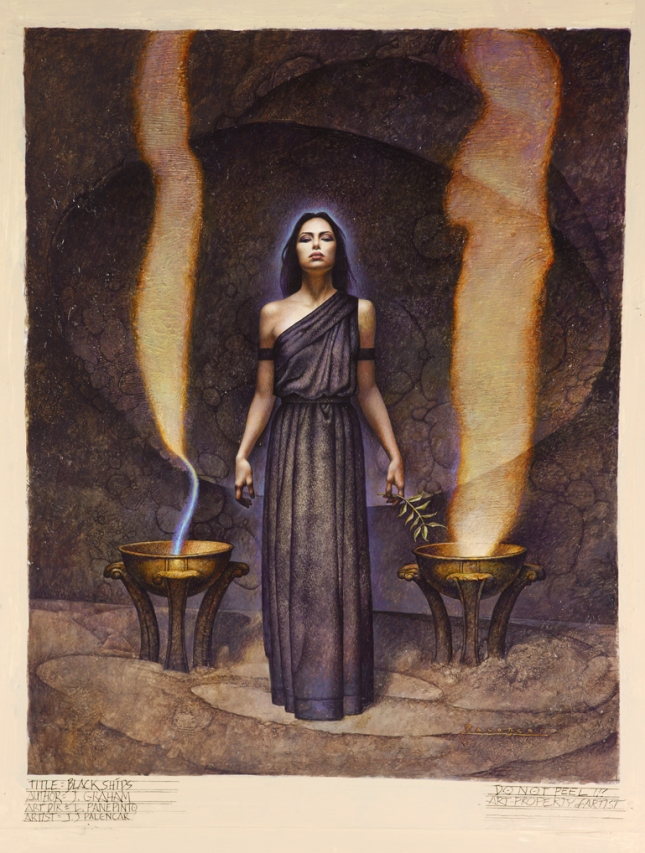 Are there any plans to give your novels a ‘series’ title? Maybe something like The Saga of the Companions? 😉 Or would you like each novel to stand on its own?

I’ve been calling it The Numinous World. But the question of a series title is really up to my publisher.

How is Stealing Fire progressing and are you able to give us a sneak peek at what we can expect?

Stealing Fire is finished! It’s strange with the publication delay to wait so long for you to see it after I finish it. Stealing Fire was done in December! Since then I’ve written an entire other book, which is not currently sold so I can’t say when you might get it, a Numinous World book called The Chariot set in 1805. I’ve also started on Lioness and on Death Game. So finishing Stealing Fire seems like it happened a long time ago to me!

Sneak peak: Alexander the Great has died in Babylon, leaving the ashes of his empire to his quarrelling generals and his unborn son. Lydias of Miletus is a Companion Cavalryman, a soldier in Alexander’s service. As chaos reigns and the generals start to kill one another, General Ptolemy trusts Lydias with a charge of incredible personal importance, to get his longtime lover, the hetaira Thais, and their two young children out of Babylon and safely away from the bloodbath. Fleeing Babylon for the loyal fortress of Pelousion, Lydias is dragged into a deadly game — not just between generals and Companions, but between gods.

And finally, what would you like to explore further down the road? Any other genres you’d like to dabble in?

I’m looking forward to the challenge of the Stargate Atlantis novel. As a long time fanfic writer, it’s wonderful to be paid to write fanfic! I hope it will be a pleasure both to Stargate Atlantis viewers and to Jo Graham readers.

Thanks, Jo, for once again taking the time to answer these questions! 🙂 We all wish you continued success and many, many more wonderful books on our shelves! 🙂

Thank you so much! I appreciate it!

Well there you have it! Not only will be Jo be bringing us more of her own trademark beautiful tales, following an amazing cast of characters, but she will also be delving into the world of Stargate Atlantis! 🙂 I’m sure you’ll all agree with me when I say that all of this is definitely much to look forward to! 🙂