NIGHTS OF VILLJAMUR was first published by Macmillan/Tor UK in 2009, and CITY OF RUIN followed this year. VGS will publish the first novel around the end of 2011, with the second following.

‘Mark’s reputation is quickly growing across the world, and we’re both delighted with this deal,’ said John Jarrold. ‘Congratulations to Jon Mitchell and Macmillan!’

Kickass news indeed, even though I can’t read more than ten words of German. 🙂 Mark definitely deserves it and even though I’m sure plenty of readers in Germany have already enjoyed Mark’s work, Nights of Villjamur and City of Ruin are sure to garner many more fans for him. 🙂 Congrats, Mark! 🙂

And here, as promised, is the awesome cover to the paperback edition of City of Ruin; the man on the cover is none other than Brynd and he looks incredible, much better than the Anime-esque Brynd seen on the hardcover of City of Ruin, in my opinion. 🙂 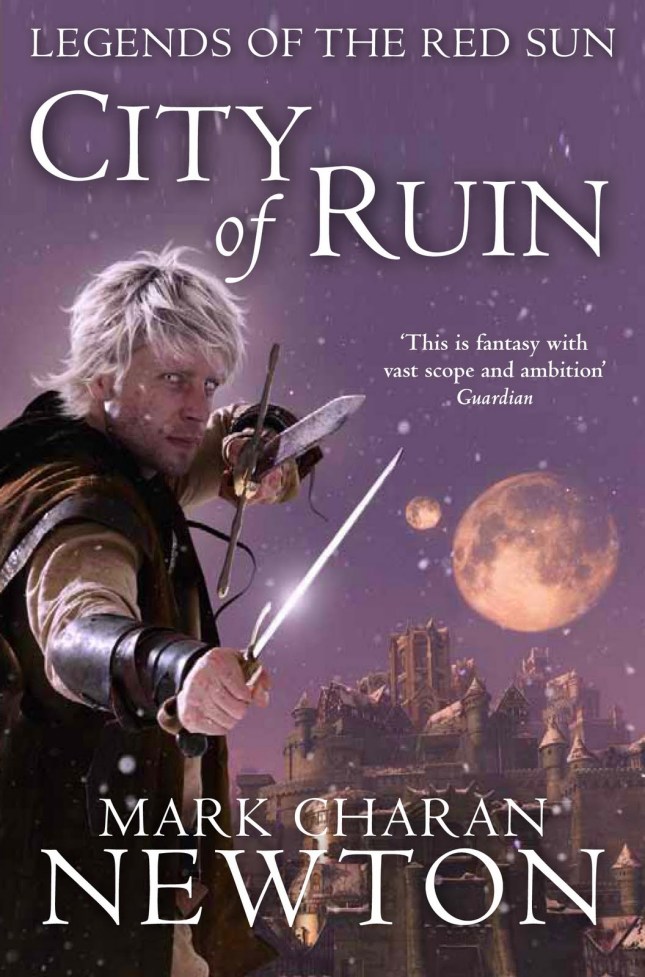