I’m reposting this, since for some very strange reason I wrote the review, thought I’d posted it and then subsequently deleted the post, thinking that it was a draft. 😛

Anyway, stupidity aside, here we go:
Fate of the Jedi, is, so far, one of the strongest storylines post-NJO (New Jedi Order). If you look at the progression of the storylines from the New Jedi Order, it seems as if there is a definite plan, even though it’s probably impossible to plan so far ahead. As things stand, Fate of the Jedi is a vast improvement on Legacy of the Force, and Christie Golden proves with Allies that she can stand proud among the best authors in the EU: James Luceno, Troy Denning, Karen Travis and Aaron Allston.

The greatest strength of Allies was the way Christie handled the characters; Luke and Ben, allied with Sith and aimed at Abeloth, are in the tightest of spots, and their POV sections are filled with tension and intrigue. But Christie also manages to inject some sharp humour and drama, too, and the conflict between Ben, Vestara and Luke was definitely one of my personal highlights. Han and Leia take a bit of a backseat in Allies, their roles more that of holding down the fort and supporting the Jedi as they can, and even though they aren’t really in the spotlight that’s fine with me – they are, after all, grandparents, and can’t be as active as they were for much of their lives. Another excellent character, one that’s been steadily getting more of the spotlight, is Daala’s aid, Wynn Dorvan Christie manages, as both Aaron and Troy have, to keep him an ambiguous character, but it is in Allies that Wynn really begins to show the shades and colours that make him a truly interesting and fun character to read; I’m looking forward to seeing what Wynn’s place in the GFFA becomes, should he survive this series.

Two of the most intense moments of the novel involve Jaina Solo and Tahiri Veila, and Christie brought tears to my eyes with these scenes; seriously, I was sitting at work, listening to the audiobook when I heard these scenes, and I had to swallow a couple of times to hide my reaction from my colleagues. These scenes were right up there with tear-jerkers such as those that Matthew Stover, Karen Traviss, RA Salvatore and Troy Denning have brought us.

Plot-wise, Allies impressed me no end – in Legacy of the Force, the Second Galactic Civil War fizzled out towards the end of the series, but all the storylines in Fate of the Jedi are important and handled as such. Christie manages to bring a couple of plot-threads to a close while seeding those endings with the beginnings of yet more mysteries, and the thing is, it didn’t seem forced at all. There’s two very important things that any Star Wars EU novel should do – capture the characters and ensure that the plots reach a proper conclusion. There can’t be any shortcuts in the EU (the best example of this would be, in my opinion, James Luceno’s absolutely brilliant Cloak of Deception) and Christie doesn’t disappoint. Allies isn’t a thick book filled with events just for the sake of it – everything that happened pushed Fate of the Jedi faster and harder, just as Sacrifice did for Legacy of the Force. It seems to me that Fate of the Jedi has certainly been kicked into high-gear with Allies and to say that I’m excited for the rest of the books in the series would be a massive understatement!

All in all, definitely the best book of the series so far, and Christie has definitely cemented her position as one the best authors writing in the Star Wars Expanded Universe; very highly recommended! 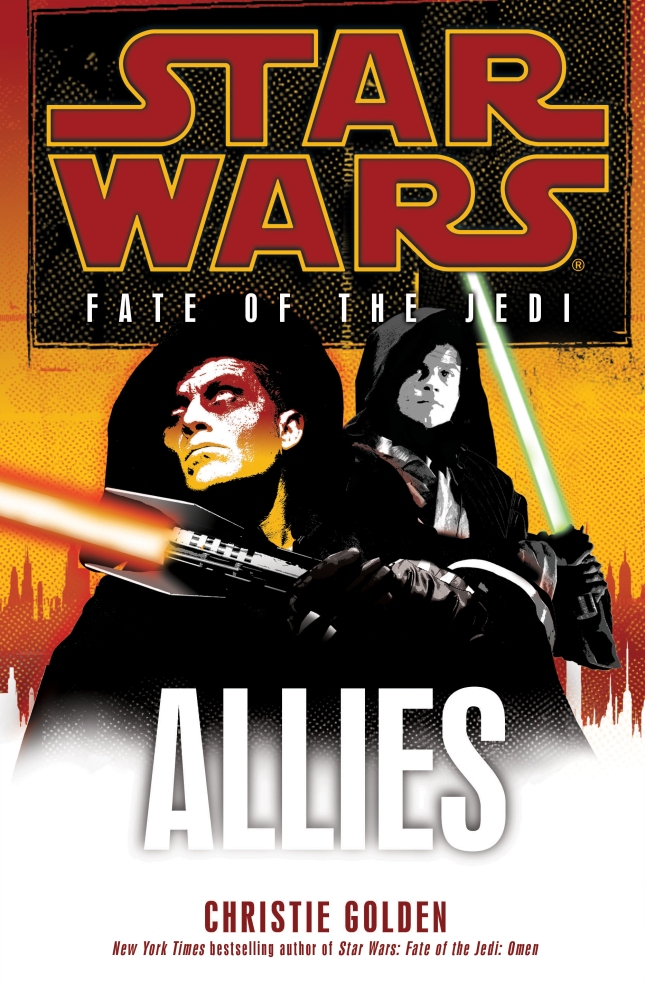 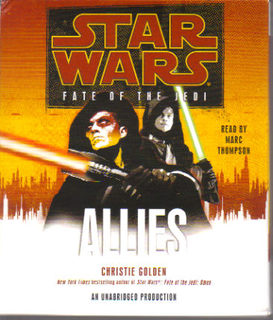