Announcing the Winner of the Red Gloves Giveaway: Redux

Hey guys and girls, due to some unfortunate confusion I’ve had to choose a new winner for the Red Gloves giveaway (don’t jump and cheer like that!), and without any further ado, here’s the new winner:

Lauren’s book will be in the post within the next few days. 🙂

But don’t forget, there’s a new giveaway, too!

That’s it, guys and girls of South Africa, here’s another giveaway for you! 🙂

This giveaway is for readers in South Africa only, sorry the-rest-of-the-world!

Thanks to Elmarie and Donna at Jonathan Ball Publishers I have two, that’s right, TWO copies of this very intriguing title to give-AWAY! 🙂 That means that instead of 1 lucky winner, there’ll be TWO lucky winners!! 🙂

You all know what to do to enter – just leave a comment on this blog-post! 🙂 You don’t need to leave your email address or physical address, I’ll get that from you later, and there are programs and people out there who’ll use that info to try and take over the world. 😉

The rules are the same:

1. You may not enter if you work for a publisher; the publishing business here in SA is pretty small when compared to operations overseas, and everybody knows practically everyone else.

2. Only one entry per person, please; it wouldn’t be fair if someone with more than one email address entered with all of them and won, so please don’t do that, k? 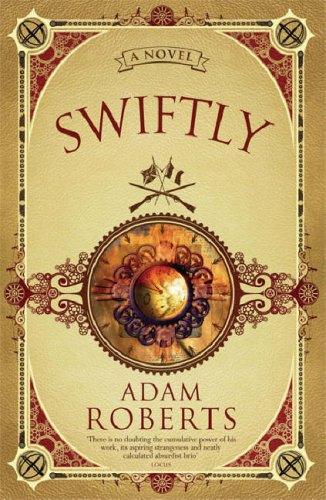 And here’s what the book is about:

It is 1848 and the British Empire has grown rich exploiting Lilliputian slaves – the finesse of their working allowing unheard of feats of minature engineering; even Babbage’s computing device has been made to work.

But now the French have formed a regiment of previously peaceful Brobdingnagian giants and invasion looms.

A rip-roaring 19th century adventure, a love story and a thought-provoking pre-atomic SF novel about our place in the universe.

This competition will run from today until the 1st (first) of May! 🙂 So get your entires in and spread the word!