RSS
← I Haven’t Read it Yet: The Dawning of Power by Brian Rathbone
Cover Reveal: Star Wars – Red Harvest by Joe Scheiber →

I was stunned and saddened to see the news this morning. 😦

Jennifer passed away on the 20th of September. I haven’t yet read her novels though, as a bookseller, they’ve been consistent sellers and even here in South Africa she’s got quite the fan-base. I don’t think that’ll change.

I added Jennifer as a friend and Facebook some time ago, not because we were friends or had previously met, but because I thought it’d be great to have the odd moment to interact with her and chat about her novels and writing in general. Jennifer was going to to a guest blog-post on this blog in November, and even though that won’t happen anymore, Jennifer’s presence will still be felt on the blog from November onwards. I’ll be reading her books and spotlighting them on the blog, in an effort to keep her memory alive and to keep people talking about her work.

Jennifer struck me as an incredibly warm, friendly person, with absolutely no airs and graces, and that in itself is something important to celebrate about her. Urban Fantasy as a whole has lost someone wonderful, but our loss is as nothing compared to what her family has lost, and my heart goes out to them.

According to her website, book seven in the Jaz Parks series will be out in November, and the final book, which Jennifer completed, will be out in June 2011. Right now, and for some time to come, let’s miss her and remember her. 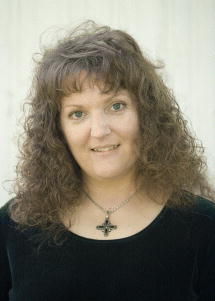 Posted by Dave de Burgh on September 23, 2010 in Announcements

← I Haven’t Read it Yet: The Dawning of Power by Brian Rathbone
Cover Reveal: Star Wars – Red Harvest by Joe Scheiber →