Hey everyone! 🙂 Yes, I’ve taken some time from the Writing Course (which is going along splendidly, by the way – note the 5000+ words I’ve written) to share some news-bits I’ve received from John Jarrold. 🙂

First up, Jasper Kent has redone his website, sprucing things up a bit as well as giving us a neat, spine-tingling intro; Thirteen Years Later, the sequel to the excellent Twelve (reviewed here) will be out shortly, so head on over and check out the revamped site. 🙂 Twelve will be released on the 18th of March, and you can count on a review as soon as I’ve received a copy and read it! 🙂

In other news, the colossus of Urban Fantasy, China Mieville, has read (and enjoyed) the second novel in Mark Charan Newton’s The Legends of the Red Sun series, City of Ruin; Awesome stuff, right? 🙂 Check out the post on Mark’s blog to see what China said. 🙂

And from Chris Beckett: his tale, Johnny’s New Job, will be published in Interzone‘s March 2010 issue (no. 227), but this is a short story with a difference – it was inspired by the events of a case of child abuse (horrific, I might add – and not for the faint of heart). Check out Chris’ website here; even though it was birthed by such a tragic case, the Johnny’s New Job is certain to be an excellent tale!

And finally, here’s the cover of Jaine Fenn‘s Guardian’s of Paradise, which will be available from Gollancz in September: 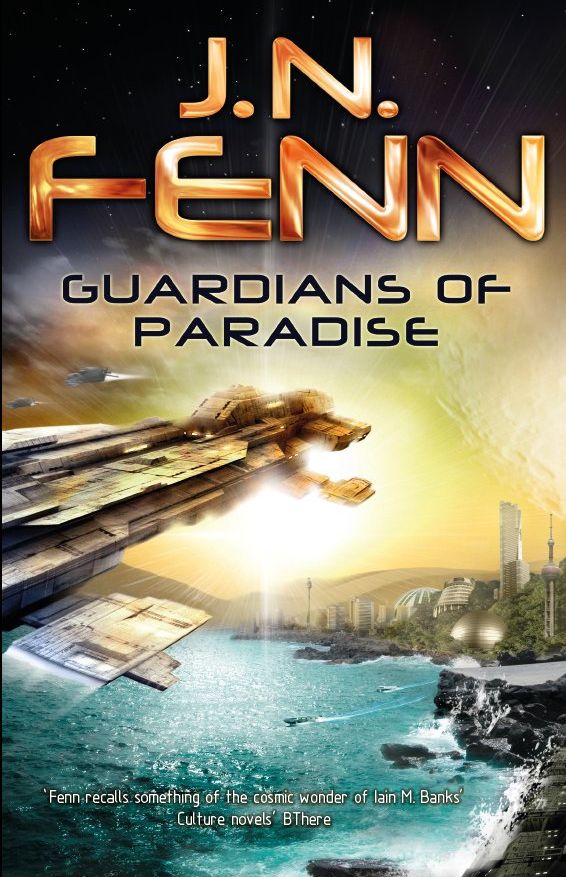 On a completely unrelated-to-John-Jarrold’s-clients note, the cover for Brandon Sanderson’s The Way of Kings has been released, posted over at Tor.com by Irene Gallo; recognize the style of the artwork? If you don’t, think of Stephen King’s The Dark Tower series. 🙂 Make of point of heading over to read the post – Michael Whelan (oops, let the cat out of the bag there, didn’t I? :-)) takes us through the process of creating the cover, too!

That’s what I’ve got for you for the time being. 🙂 Until next time,