Last night (this being Thursday evening through till Friday morning) I plowed through a hectic sinus-headache to finish Moxyland. That’s how good this book is.

Let me try and set the scene for you: Cape Town, South Africa, some time in the future. We follow four pre-thirties characters as they go about their lives and swirl around each other in a world that seems to have gone a bit nuts – corporations run everything, the South African Police Services (SAPS, as we know them) plays pre-recorded messages to disperse unlawful gatherings before using nano-fueled dogs, and your online identity is more important that your physical life, because if you aren’t connected, you can’t do anything; well, you could, but then you wouldn’t be much better off than the homeless kids or the Rurals (more on that later)…

And then all of the above doesn’t even touch on all the subjects that Moxyland deals with. 🙂

Reading Moxyland is like being electrocuted with a blend of Philip K Dick’s A Scanner Darkly, George Orwell’s 1984 and Ian McDonald’s Necroville, with a dash of A Clockwork Orange, while enjoying the kind of great characters that writers like Stephen King and George RR Martin come up with.

As a South African reading it, I was struck by how well Lauren had captured our blend of cultures, and then taken those cultures a decade or two into the future; I haven’t ever been to Cape Town, but Lauren wrote Cape Town so well that I got the same feeling about the city after being submerged in the London of A Madness of Angels – you walk the streets, drive on the roads and smell the myriad scents, and even the people, the bergies and the internet-café employees and the shack-dwellers (most of the Rurals; as in, they come from outside SA and aren’t really a part of the country since most of them are too poor to be connected) come alive, lending the tale one of its many aspects of credibility. These aren’t stereotypes at all; they’re all normal people, struggling, as we do every day, to make sense of a world gone weird (or wired, should I say), and the way Lauren handles the integration of technology into everyday life begs the question: “How much place is there for a people’s culture, for their identity, in a world where everyone is connected to everyone else? Are we really better off when people know about the latest trends, products, games, movies and celebrities and are forgetting about who they are, as people?”

This is just one of the many questions this tale seeded in me, and that’s also one of the joys of this book: it’s the kind of book that makes you pick up your head, look around and ask, “Just what the fuck, exactly, is going on?” You may look at the world a bit differently; you may just realize that you had a life, once, without a cellphone or connection to the internet, and that, Oh my Goodness, nothing much has changed – except for the fact that we’re all learning how to be good little marketing drones for the money-makers. 🙂

Another aspect of Moxyland that I really enjoyed was the tech – none of it is outrageous or unbelievable, and everything has a proper use. Think your cellphone is cool now? Wait until you read where it may be headed! (Be afraid, I say, be very afraid!) The whole world changes with technology, even if we don’t admit it, and this is definitely reflected in Moxyland – from art galleries to how you clean your house / apartment to the clothes you wear. Not even ol’ Tom Cruise had it this fast and furious in Minority Report!

Going back to the characters, you’ll find yourself either loving or hating them. 🙂 You’ll meet Tendeka, Toby, Kendra and Lerato – they are our POV-people, and the tale unfolds as we take a ride behind their eyes.

Tendeka wants change, Toby wants fame, fortune and sugar, Kendra is finding herself, and Lerato is poised at the precipice; each character is unique, with their own lives, dramas, voices, hates, dislikes and loves. Sometimes the perspectives overlap, giving us an event from two angles, and it’s through these characters that we really connect with the world Lauren has created (and, some of you may agree, foreseen). You see all the angles, hear all the arguments, and this is particularly great because of the kind of book Moxyland is – like I said, you will question, you will ponder, you will agree and disagree, and I guarantee that at least one of the characters will resonate with you. 🙂

Lauren also kicks it into high gear from around the last 120 pages of the book, tension-wise (that’s one of the reasons that I plowed through the headache), and you’ll find yourself flipping the pages faster and faster. All of the character-arcs are resolved and there are more surprises than you can shake a stick at – one of them at least that should knock you into stunned silence. The preceding portions of the book are well-balanced with some laugh-out-loud moments, some moments that’ll have leave your eyes widened in shock, and all through it, you’ll feel amazed by Lauren’s Cape Town and the characters that inhabit it.

It is my opinion that this book will end up being one of the greats of contemporary future-fiction, and it can stand proud among the legends that authors such as Philip K Kick and George Orwell have given us – and also, coming from a South African writer, this is definitely a book that should force the rest of the publishing world to sit up and take notice. We can write here. 🙂 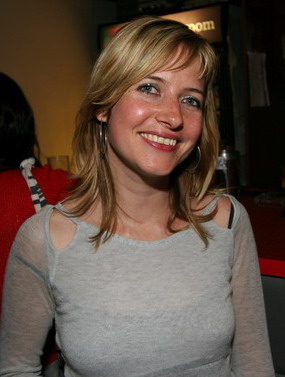 Now that Angry Robot has officially launched (congrats to the guys and to all the authors who’s work will be published by Angry Robot!), expect to see much more from them, on this Blog and elsewhere! 🙂 My next Angry Robot review will be up soon! 🙂