An Interview with the Legendary Dr. Ben Bova 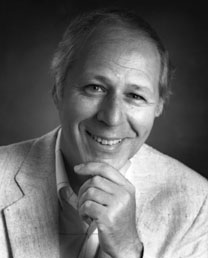 The first books by Ben Bova that I ever read (and let me tell you, this was before I had read Lord of the Rings or 2001: A Space Odyssey, and probably just after I had finished The Belgariad) were the Orion books. To say that I was stunned and over-whelmed would be an understatement; nothing like this had ever blazed through my imagination before! The fact that I had to catch up J didn’t scare me in the least, and I knew that I had discovered an incredible writer (as had everyone else who had picked up a book by Ben Bova, and as do new readers!). J So, having always wanted to sit with Ben Bova, I was incredibly honoured to have the chance to email him with a few questions and have them answered! Ladies and Gentlemen, Dr Ben Bova. J

First off, it is an honour to be able to have a bit of your time, and welcome to the South African SF-reading public! J Mars Life (the third book in the series) is on bookshelves world-wide right now; can you please give us a taste of what we can expect?

MARS LIFE continues the story of Jamie Waterman and the human exploration of Mars. Some twenty years have passed since the end of RETURN TO MARS, and the Mars Project is threatened by funding cuts provoked by the New Morality, which is utterly hostile to the discovery of an extinct intelligent Martian species.

How has your life changed since you began exploring space? Would you be among the first (If you could) to set foot on the Red Planet?

I’ve found legions of readers not only among the science fiction community but among scientists, students, and many others who don’t ordinarily read science fiction. Most moving of all, several young persons have told me that my books have inspired them to make their careers in science. That’s powerful! And yes, I’d get on a Mars rocket just as soon as I could grab a toothbrush and a clean pair of socks.

Ray Bradbury once said that you were the writer who would have the greatest effect on the world; did your publishers keep that as a surprise or did you know he’d said that, and how did it feel to be acknowledged in that way?

I knew about Ray’s generous comment before my publisher did, and I was floored by it.

You’ve written about a very wide range of subjects (in both fiction and non-fiction) and explored many different themes; which of these was the most interesting or challenging for you?

The search for life on other worlds. My non-fiction book, FAINT ECHOES, DISTANT STARS, was a very difficult challenge because I had to deal with both the science and the politics of the field of Astrobiology.

In your opinion, has the Science Fiction publishing industry changed since you were first published, and was it for better or worse?

The field has certainly changed. It’s become much bigger, although most of the growth has not been in “hard” science fiction, but in the softer kinds of stories, fantasy, and horror.

Which Sci-Fi concepts do you see as having the best chance to be translated or engineered into reality (as what happened with Arthur C Clark and communication satellites)?

Out of all the worlds you’ve explored and all the characters you’ve created, do you have a favourite place and person?

No. That’s like asking a father which of his children is his favourite. They are all dear to me. I do have a favourite novel, though, which is not science fiction but rather contemporary fiction about scientists. It was originally published under the title BROTHERS; Tor Books will bring out a revised and updated edition in January under the title THE IMMORTALITY FACTOR.

Was it your intention to have your Grand Tour novels work together, as an almost alternative-history record of the future?

Are there perhaps any authors whose work you follow? Both in the genre and outside it?

Most of the authors I read are dead, including many of my dearest friends.

What was your first memory of looking up at the stars and knowing that you wanted to be there and know everything there was to know?

I was 11 years old, on my first visit to a planetarium. When the lecturer turned on the stars he turned me on, too.

Plenty! But it’s very personal and not for publication.

Finally, which worlds are next for you (and for us)? J

I want to return to Jupiter and see if humans and the Jovian Leviathans can communicate and learn from one another.

Thank you more agreeing to the interview and giving up your time for us, Dr. Bova, and for giving us those first-class tickets to the Solar System! J 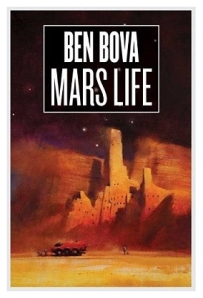 One response to “An Interview with the Legendary Dr. Ben Bova”